It’s neither a conservative nor liberal issue. It’s a constitutional issue, and that’s what Greg Coleridge will talk about when he visits Troy on October 12.

Greg is the national outreach director for the non-partisan, grassroots coalition Move to Amend, and he will explain how a proposed 28th Amendment to the Constitution will restore the voices of ordinary people — individuals like you and me — in government decisions.

Large corporate entities (for example, business corporations, associations, labor unions and non-profit organizations) have a louder voice than we do in Washington and Columbus. Through a series of rulings over the course of many years, the Supreme Court made this possible by ruling that corporations are people with constitutional rights — including free speech rights that allow them to spend large amounts of money to influence elections and legislation.

Corporate entities play a critical role in society and warrant privileges and protections, but they should not have a louder voice than we do when it comes to decisions that affect our daily lives — decisions about such things as the quality of our water supply, access to affordable healthcare, disclosure of ingredients in our food, the dumping of out-of-state toxic materials in our communities and protections for locally owned businesses and family-owned farms against chains stores and out-of-state agribusinesses.

A 28th Amendment would shift political power away from corporate entities and back to the people. It would move decisions about corporate privileges and protections from the Supreme Court back to the people, through their elected representatives, where it had been at the beginning of our nation’s history.

There’s already a resolution in Congress with language for a proposed amendment. It’s HJR 48, and it has 64 co-sponsors, including three from the Ohio delegation. HJR 48 makes clear (1) constitutional rights belong to human beings only — not artificial entities such as corporations, associations, unions and nonprofit organizations — and (2) money spent on elections is not a protected form of speech and shall be regulated.

Support for a 28th Amendment has been growing since the Supreme Court’s 2010 ruling in Citizens United v FEC. Let me give you a few examples:

Across the nation, nearly half a million people have signed a petition supporting a 28th Amendment; of those, more than 16,000 are Ohio residents and 1,215 live in Ohio District 8.

Well over 600 communities have passed citizen initiatives or council resolutions in support of a 28th Amendment. In Ohio the number is 24.

These numbers will grow as more people understand the impact of corporate dominance in our governance.

Congratulations to all those who circulated petitions.

Thanks to all those who voted for “Democracy 4 U and ME! Yes on Issue 43!”

And kudos to the organizers for somehow convincing the state of Ohio to support this initiative by coordinating state road signs with that exact number go right through the center of town!

Kent is one of more than 500 communities and more than a dozen states that have passed municipal resolution or citizen initiatives calling for ending corporate constitutional rights and money defined as First Amendment-protected free speech.

Over 460,000 individuals have signed our petition, hundreds of organizations have endorsed our initiative, and our We the People [constitutional] Amendment (HJR 48) has 65 cosponsors, including Rep. Tim Ryan.

This movement is also a reflection of the growing awareness of the absurdity of money being defined as free speech and corporations having constitutional rights. Neither of which existed at the time of this country’s founding.

Many have said the greatest threat to democracy or a democratic republic is the mistaken belief that we actually have an authentic one. We the People have never been All the People.

People with property have always had more rights. Social/democracy movements driving women and people of color, among others, have partially changed that.

While white, male, property owners were certainly well shielded by the US Constitution, corporations weren’t. They, in fact, aren’t mentioned. Thus, corporations were defined as subordinate creations of the state, only able to provide goods and services as instructed in their charters or licenses, which was passed early on one-at-a-time by state legislatures.

Corporate entities only acquired “constitutional rights” because activist Supreme Court justices fictionally interpreted parts of the Constitution and Constitutional Amendments to apply to these artificial legal creations of government.

Corporate constitutional rights, or corporate personhood goes well beyond corporate political money spent in elections being defined as “first amendment free speech.” As harmful to people, places and the planet and to democracy as these are, there’s so much more.

Corporations have hijacked Constitutional Amendments and parts of the original Constitution — with impacts in many cases that limit the ability of local and state legislatures to protect the health, safety and welfare of their residents, citizens, communities and state.

-Employees of a corporation wanting to access contraception coverage were denied by the court as a violation of the business corporation’s first amendment religious rights (Hobby Lobby).

-A state regulation limiting the amount of fossil fuels that can be extracted from the ground has been overturned as violating a corporation’s “taking” rights under the 5th Amendment — which could have direct implications in trying to keep fossil fuels in the ground to save the climate.

The list goes on to include the numerous instances of local laws across the country preempted or trumped by state laws or the courts to protect corporate interests over community concerns.

Amending the constitution to abolish not only political money in elections as first amendment protected free speech but also all forms of corporate personhood is essential. The We the People Amendment is that amendment. Only people are persons.

Victor Hugo once said, “Nothing is more powerful than an idea whose time has come.”

Thank you Kent residents for contributing to this growing awareness and to shifting the culture — prerequisites to changing our foundational governing rules. This is an idea…and a proposal…whose time has come.

TROY—Greg Coleridge, national outreach director for the non-partisan, grassroots coalition Move to Amend, will be the featured speaker at “Stand Up for Democracy,” 1 to 3 p.m., Saturday, Oct. 12, at the Lincoln Community Center, 110 Ash St. The program is hosted by We The People Miami County and Move to Amend.

Also speaking will be Mary Sue Gmeiner, affiliate coordinator of Greater Dayton Move to Amend. Representatives from area justice and peace organizations will be on hand to share information about their work and ways for people to get involved.

The program will begin with the screening of the 30-minute documentary “Legalize Democracy.” Gmeiner will explain how corporate power relates to the issues faced by the participating justice and peace organizations. Coleridge will discuss solutions to the problem of corporate dominance in politics and offer suggestions for restoring the voice of the people. A Q&A will follow.

In addition to his work with Move to Amend, Coleridge is a principal leader of the Program on Corporations, Law & Democracy (POCLAD) and an advisor to the American Monetary Institute (AMI). He previously served on the national governing board of Common Cause. For more than three decades, Coleridge worked with the American Friends Service Committee in Ohio. He is the author of “Citizens over Corporations: A Brief History of Democracy in Ohio” and “Challenges to Freedom in the Future” and script writer for the documentary “CorpOrNation: The Story of Citizens and Corporations in Ohio.”

Move to Amend is a national, non-partisan grassroots affiliation of people and organizations working for an amendment to the U.S. Constitution that makes clear constitutional rights belong to human beings only and money spent on elections is not a protected form of speech and shall be regulated. We The People Miami County is a local ad hoc working group in partnership with Move to Amend

For questions or more information about We the People Miami County, contact wethepeoplemiamicounty@gmail.com. For information on Move to Amend, visit movetoamend.org.

Move to Amend’s Outreach Director Greg Coleridge speaks about the nationwide movement to pass a 28th amendment concerning the involvement of corporations in American government at the Ann Arbor Friends Meeting House.

Rights & Democracy (RAD) and the Women’s International League for Peace and Freedom (WILPF) host a community forum with guest speaker Greg Coleridge, Outreach Director of the Move to Amend campaign. 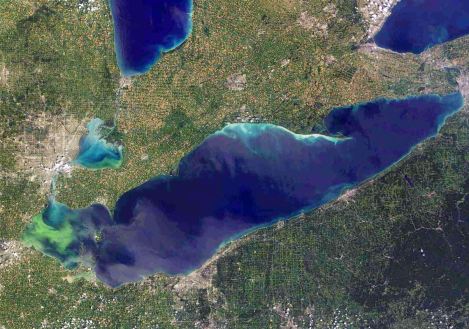 This as well as other past initiatives (though in much smaller communities) seeks to establish not that natural living “persons,” but natural living “bodies” have inalienable rights — certainly over corporate “rights.”

Inalienable rights mean basic freedoms, needs and abilities exist via birth. They are not conferred by others, the state or other institutions. States/government can affirm or deny such rights, but they can’t fundamentally prevent their existence. Community institutions, be they public or private, don’t have inalienable rights because they don’t inherently exist but are human created. Applied to natural bodies as I see it, Lake Erie is deserving of far more inherent protection because it came into existence over eons “naturally” vs, say, a human made lake in the middle of a housing development that someone may want to fill in to build on top of.

It’s all new ground, yet very old ground if one subscribes to Native American religious/spiritual tradition concerned the sacredness of all life. How all this legally plays out in our “civilized” world where for centuries we’ve treated nature as little more than a resource for plunder to serve (wo)man — believing that we are atop all life forms — is unknown. However, it’s finally starting to sink in that our “ecos” (greek for house — be it natural, “ECOsystem,” or commercial, “ECOnomy”) are profoundly unsustainable. We need a new consciousness — in a damn hurry. As has often been the case in the past, changed laws (including constitutions) and changed cultures go hand in hand.

It’s the end of the beginning. Onward!

Lake Erie Bill of Rights gets approval from Toledo voters

Introduction and remarks begins at about the 18:30 mark.