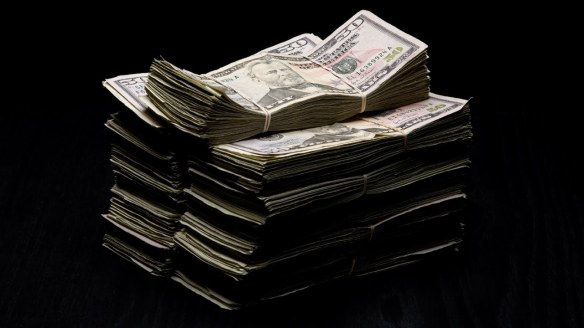 Groups that spend money on political attack ads (of member of all political parties) without disclosing the people and corporations behind them (called “dark money” groups) are downright undemocratic. But transparency isn’t the root of the problem. The so-called “constitutional right” to spend (more like invest) in political campaigns is. High time to abolish constitutional doctrines of “money is free speech” and “corporations are people.”

I offered many reflections in the comments section at the end. 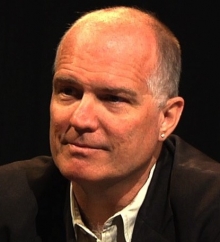 Interview of David Cobb, Move to Amend National Outreach Director and principal of the Program on Corporations, Law & Democracy on his “barnstorming” speaking tour in Ohio, elections, social movements, corporate rule, race and oppression, and the Move to Amend 10 year plan for ending corporate constitutional rights and money as speech.

We summarize last week’s activities; share upcoming events for next week; and comment on this week’s elections in Ohio and elsewhere — the trends beneath them and the implications for social change organizing (Length 36:58). 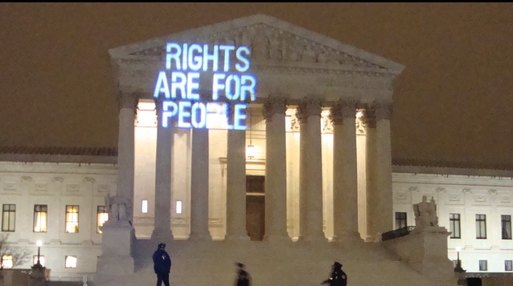 January 21 marks the 6th anniversary of one of the worst Supreme Court decisions of our generation – Citizens United v. Federal Elections Commission (FEC). The decision increased the already obscene flood of money into elections from wealthy individuals and corporate entities in the 2010, 2012 and 2014 elections due to its widened constitutional interpretation that money is equivalent to 1st Amendment protected “free speech” and that corporations possess “free speech” rights equal to human persons.

The 2016 elections are shaping up to continue the trend of larger sums of cash from a smaller number of individuals and corporate entities, protected by the ever-expanding constitutional “money is speech” and “corporations are persons” shield.

Every citizen of our country should be concerned about the decision and consider being engaged in organized campaigns in response  – especially Northern Ohioans given our pivotal role in federal elections in general and Presidential elections in particular.

If money equals speech, then quite simply those with the most money have the most speech – whether that “speech” is directed toward elections or in influencing public policies via election “donations” (a more descriptive term is “investments”) or political lobbying. The speech of the super rich and corporate entities drown out the voices of the vast majority without money, making it hard to have our needs met and our communities served. Consequently, the flood of political money into our airwaves from narrow backgrounds and perspectives (which we in the Cleveland area will be subjected to yet again beginning soon) will define for us the problems and solutions this campaign season.

A recent New York Times article documented that of the 120 million families in the US, only 158 have provided more than 50% of the funding to Presidential candidates to date. Can anyone with a straight face make the case such political donations/investments won’t yield returns favorable to these special interests? Call it a campaign financing system of legalized bribery.

Moreover, money invested in influencing public policy by the super wealthy and corporate interests distorts our laws. There is a growing disconnect between what people want and what laws are passed or not passed – be it, for example, for gun background checks, more funding for renewable energy instead of fossil fuels, making job creation a top priority, or supporting homeowners instead of banks.

Citizens United also worsened a second democratic problem – that connected to corporations possessing constitutional “rights.” Our constitution was meant to protect We the People from abuses of the state as well as to guarantee certain inalienable rights of human beings. Corporate attorneys have turned this on its head – successfully claiming that corporations should be protected from We the People by being shielded with Bill of Rights and other constitutional protections. The result has been a corporate hijacking of our democracy by claiming never-intended constitutional rights that has anointed them with the “rights” to politically invest in campaigns (1st Amendment “free speech”), prevent inspections of corporate property to ensure health and safety (4th Amendment “search and seizure”), oppose environmental rules as a constitutional taking (5th Amendment “takings”), prevent public preferences for local businesses over chain stores (14th Amendment “equal protection”), and perversion of the Commerce Clause in favor of corporations to overturn hundreds of democratically local and state protecting consumers, workers, communities and the environment.

If our country is broken because the system is fixed, as in rigged, then changing a politician or two or reforming this or that law or regulation isn’t nearly enough. We need to change the system. Or put another way, changing the players (elected officials) or the plays (laws and regulations) of the game isn’t enough if the rules of the game are rigged. The system or rules in this case is to change or amend the U.S. Constitution.

The same day the Supremes ruled on Citizens United, grassroots activists launched Move to Amend, (movetoamend.org), a national multi-racial and inter-generational campaign seeking a 28th Constitutional amendment which would end the “money is speech” and “corporate personhood” bizarre constitutional doctrines. The effort goes beyond fiddling via legislation Citizens United (i.e. calling for greater transparency) or merely a constitutional amendment reversing Citizens United because the 2010 ruling merely extended or expanded the money is speech and corporations are persons nonsense. Money was first defined as free speech in 1976 while corporate personhood goes back more than 100 years. There was no glorious democratic nirvana the day before Citizens United. Corporate rule and plutocracy were simply less obvious and, thus, the need to address the roots of the problem.

The major political approach of Move to Amend is to build awareness and pressure on Congress to enact such an Amendment by organizing to pass city council resolutions and ballot initiatives at the local and state levels. More than 500 communities have already done so — 17 in Ohio alone, including ballot measures in Brecksville, Newburgh Heights, Mentor, Chagrin Falls, and Cleveland Heights and council resolutions in Lorain, Lakewood, Oberlin and S. Euclid just in Northeast Ohio. There are efforts currently to collect sufficient signatures to qualify for the ballot in November 2016 in Cleveland, Shaker Heights, and S. Euclid in Northeast Ohio — as well as several other communities across the state. Toledo citizens will vote on a similar measure in March. Interest exists in roughly 10 other Northeast Ohio communities. Wherever ballot initiatives have appeared on the ballot nationally, they have passed. The 100% support at the ballot by those of all political ideologies indicate people have had enough with the withering away of what little remains of our democracy.

Amending the Constitution is, unquestionably, not easy, but it has been done before. Working to amend it doesn’t mean giving up traditional electoral or citizen activism on other issues. It’s a recognition, however, that the issues you care about will be much more achievable and/or the candidates for elected office you support will be much more effective and publicly accountable if the constitutional rules of the game are no longer stacked against We the People. We must build a broad and deep social movement.

If interested in helping circulate a petition in Cleveland, Shaker Heights or S. Euclid (deadline is July) or in exploring working in your community, contact gcoleridge@afsc.org

A new video from the Northeast Ohio American Friends Service Committee. It was produced and narrated by Hannah Yackley, our John Looney Peace, Justice and Nonviolence intern.

With attention spans being what they are these days, a 4 minute video is better than 40 minutes for being watched in large numbers.

Please forward far and wide via email and social media.

Hillary Clinton made a surprising declaration last week. She embraced the idea of a constitutional amendment to restrict big money in politics. This seems to include reversing the 2010 Supreme Court Citizens United vs FEC decision.

“We need to fix our dysfunctional political system and get unaccounted money out of it, once and for all, even if that takes a constitutional amendment,” she said to a gathering in Iowa, an early presidential primary state.

Campaign finance reform is one her four campaign pillars — along with help for families and communities; a stronger, more balanced economy; and a strong national defense.

There are more than a dozen SuperPACs already backing her, entities not directly connected to political candidates but able to raise unlimited funds from individuals and corporate entities. These are the very sorts of entities that would be adversely affected if Citizens United is reversed. Clinton expects to raise more than a billion dollars for her own campaign.

Clinton spoke a few days following comments on a possible amendment by Republican Senator Lindsey Graham’s, who is eyeing his own Presidential run. “The next president of the United States needs to get a commission of really smart people and find a way to create a constitutional amendment to limit the role of SuperPACs,” Graham said on a radio program in New Hampshire, the first state to hold a presidential primary. This seems to indicate Graham is also open to revisiting Citizens United.

What in the world is going on with Clinton and Graham? Are they “seeing religion” when it comes to money in politics? Does this mean they support the Move to Amend constitutional amendment?

Hardly and no way. At least not yet!

They and other established politicians realize people are angry about big money from a few number of exceedingly wealthy individuals and corporate entities in elections – and they’re trying to tap into that anger.

The solution of reversing or ending Citizens United via a constitutional amendment, however, as Clinton now advocates, is not the same as ending corporate personhood and ending money as free speech. It’s an effort, rather, to co-opt the growing movement of people who realize the entire system is rigged against people without money — the 99%. All Hillary’s proposed constitutional amendment would do is return us to the “democracy” we had on January 20, 2010 — the day before the Citizens United decision. That wasn’t all that much better. Citizens United blew open the reality of our undemocratic political system. Her proposal would simply return us to the mythical democratic political system – where and when the economic power elite ruled politics less blatantly without us noticing.

Don’t be fooled, misled, or distracted. Don’t get caught up in a bait and switch.

The real solution is, in fact, a constitutional amendment – but one that goes much further than simply overturning Citizens United. And that’s one that asserts that only human beings, not corporate entities, possess inalienable constitutional rights and that money is not speech and therefore, can be regulated in elections. 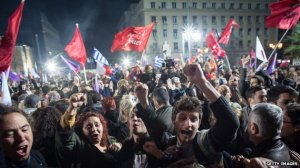 Funny, isn’t it, how so many countries with supposedly “inferior” democracies compared to the U.S.’ have constitutional provisions permitting voters to directly decide important issues vs relying on surrogate politicians or unaccountable Supreme Court justices. 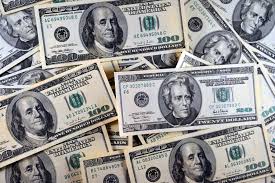 Beacon editorial writer Steve Hoffman, who mentions me is this piece, fails to see that our argument for lower political contribution limits for Akron politicians transcends any current officeholder. It corrupts the entire system, regardless of who’s Mayor or who’s on council — regardless of political party.